I give an annual careers talk on graphic design at Park House School in Newbury - a school which champions sport and physical activity and inspires its students to think carefully about the Olympic and Paralympic values (Friendship, Respect, Excellence, Determination, Inspiration, Courage and Equality) in all their academic and sporting activities.

Therefore it seems appropriate that as part our chat about graphic design I get the students to look briefly at the history of branding the modern Summer Olympic Games and then set the students a challenge to design a logo for the forthcoming Olympics in Tokyo.

Apart from gaining inspiration myself from the students who really engage with the process with some wonderfully unrestricted design ideas it's also a brilliant opportunity to reflect on the truly good, bad and ugly designs associated with the Games since the first IOC Modern Olympics in Athens in 1896.

Information and links about the designers is included where available but so far I have only found decent resources for work from 1964 onward, when each games truly started to have what we could perceive as a proper corporate identity.

I have my absolute heroes and truly awful villains from the below resource. What are yours? Feel free to comment below or add any information or corrections for future updates... 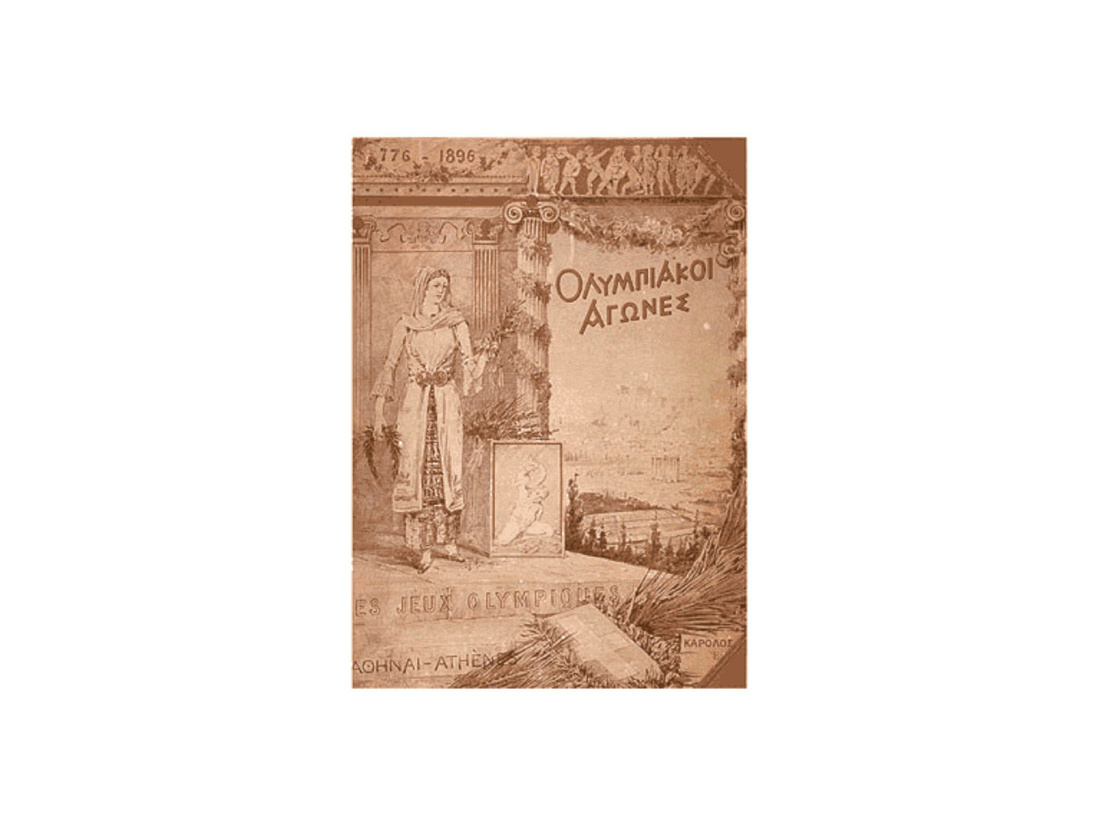 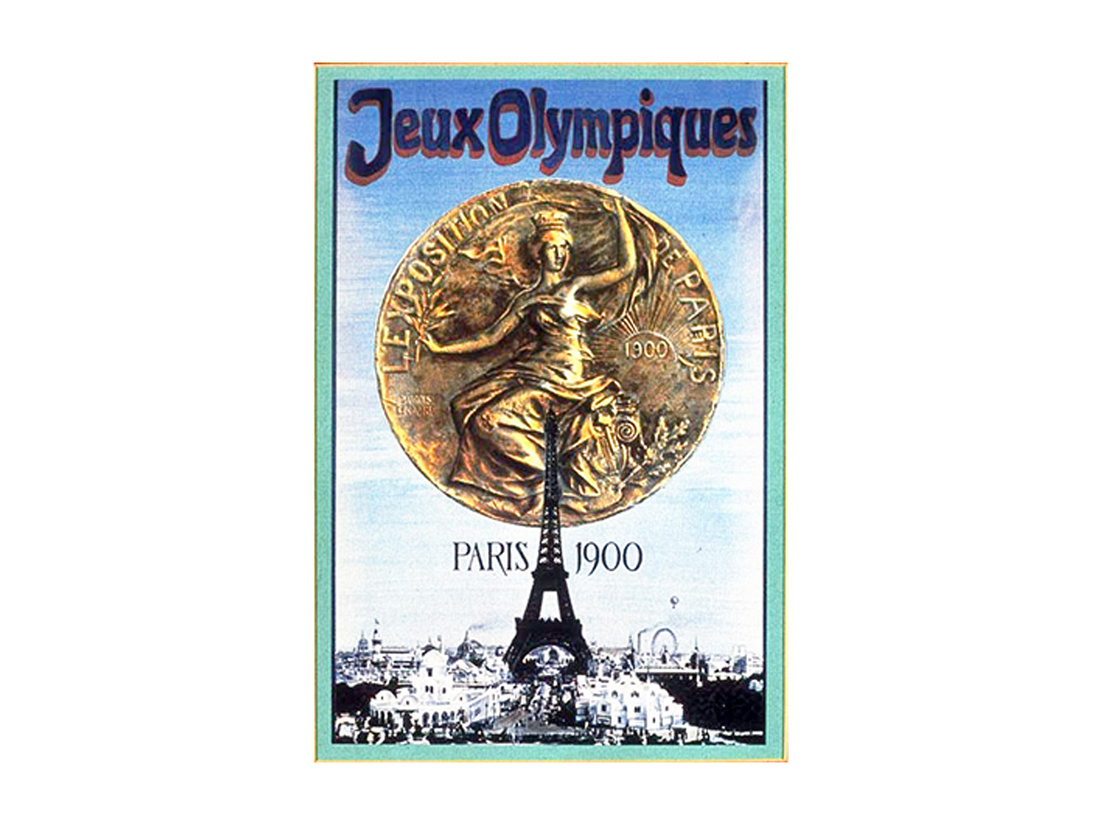 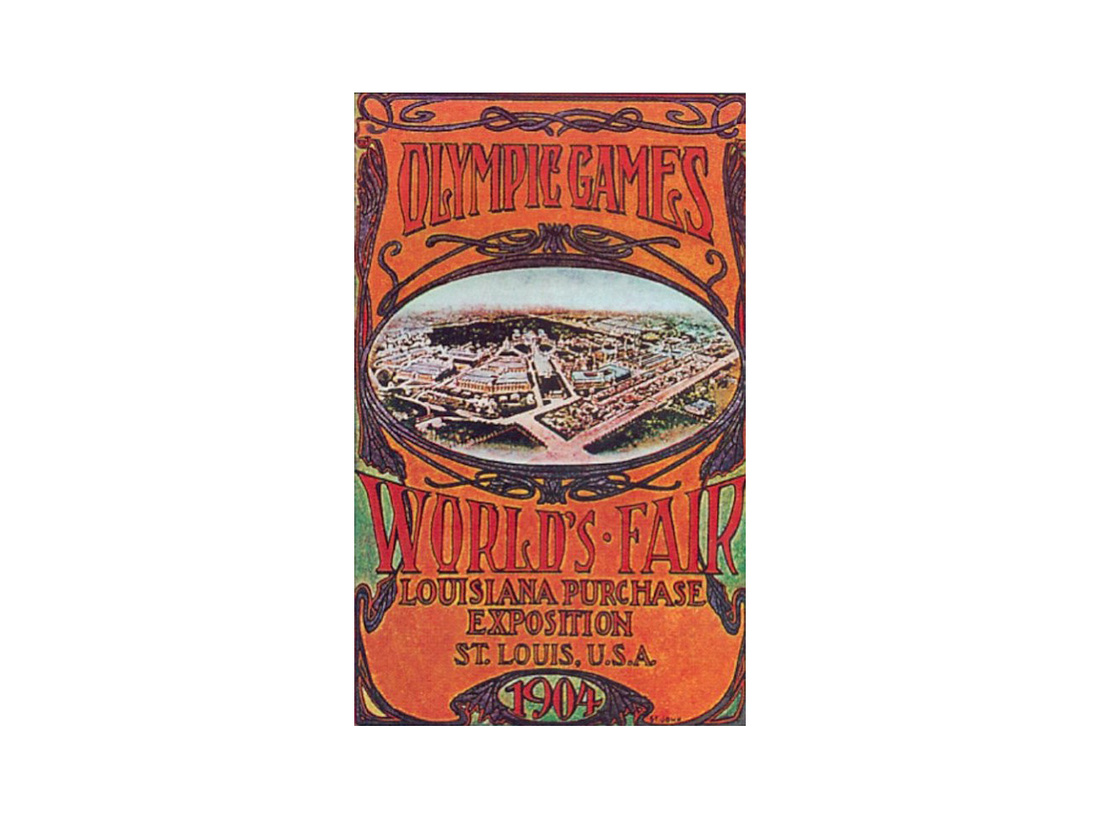 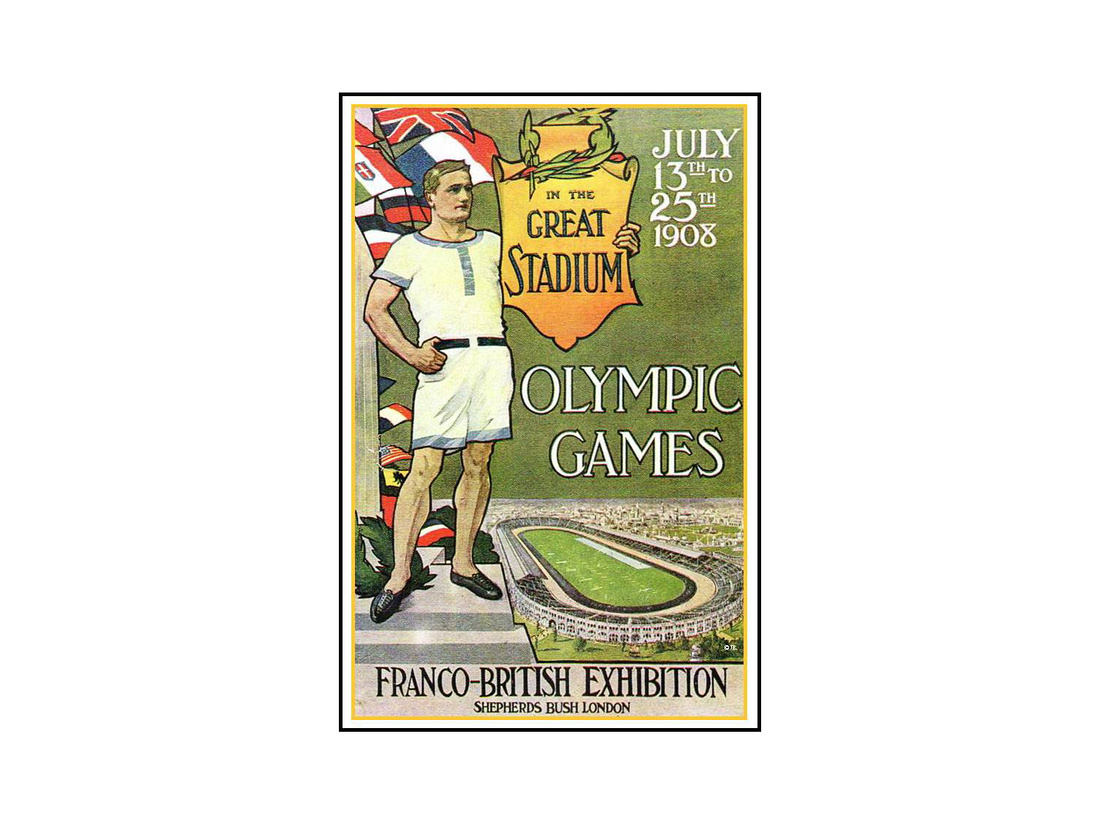 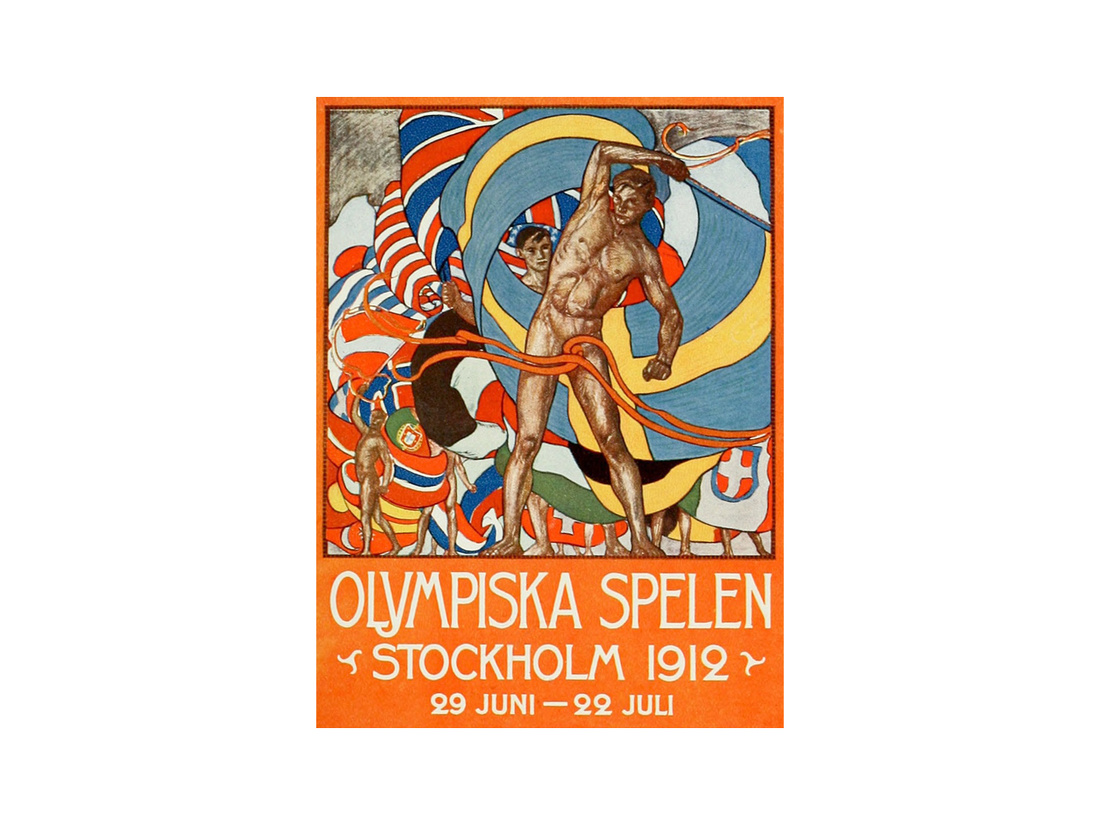 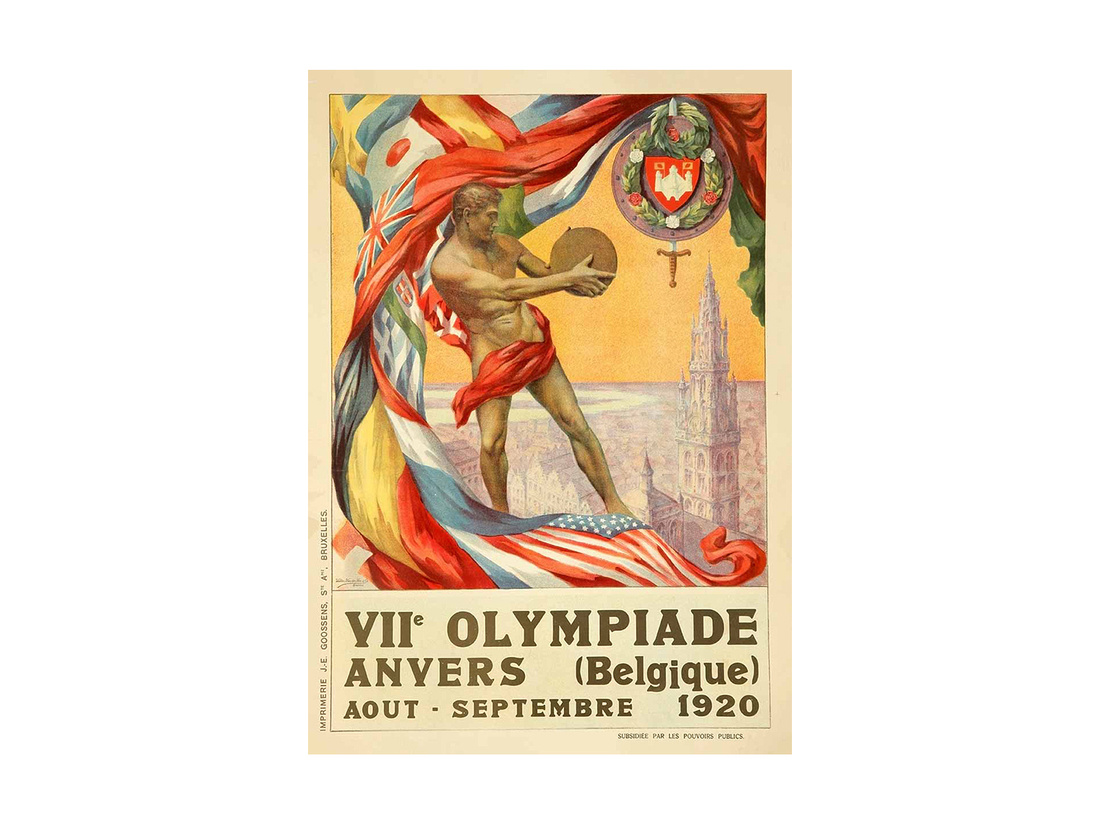 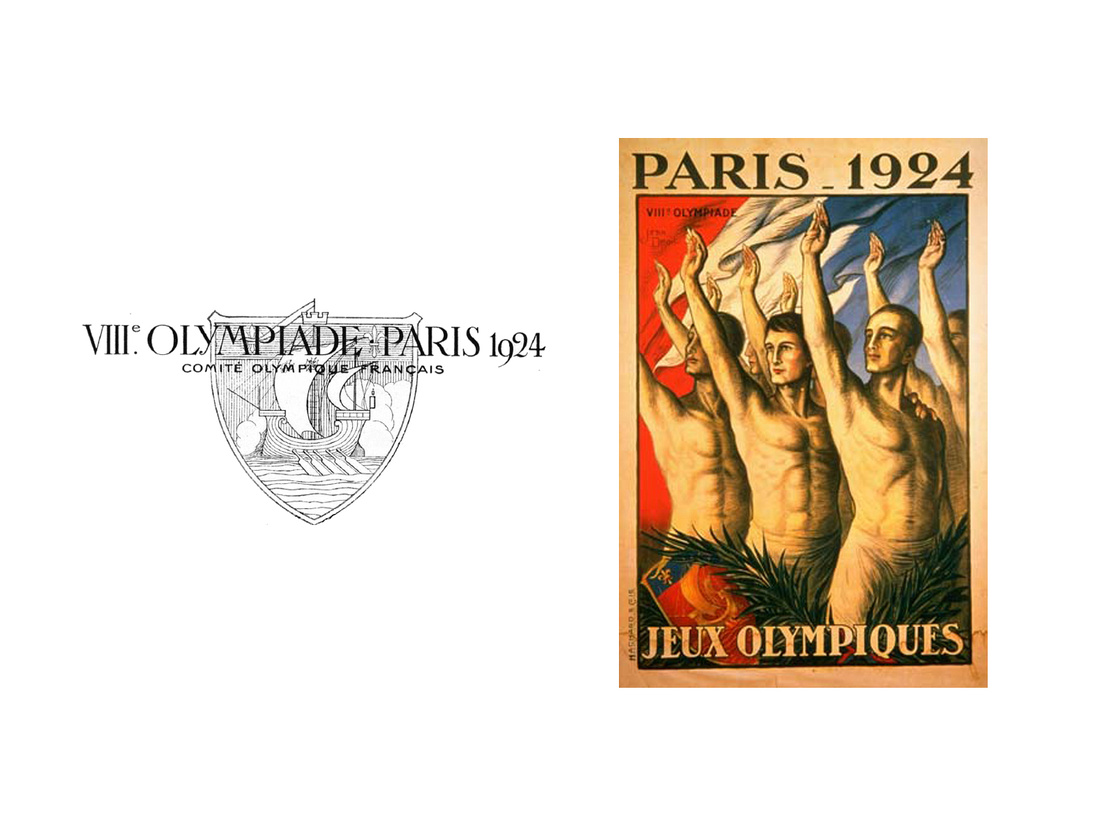 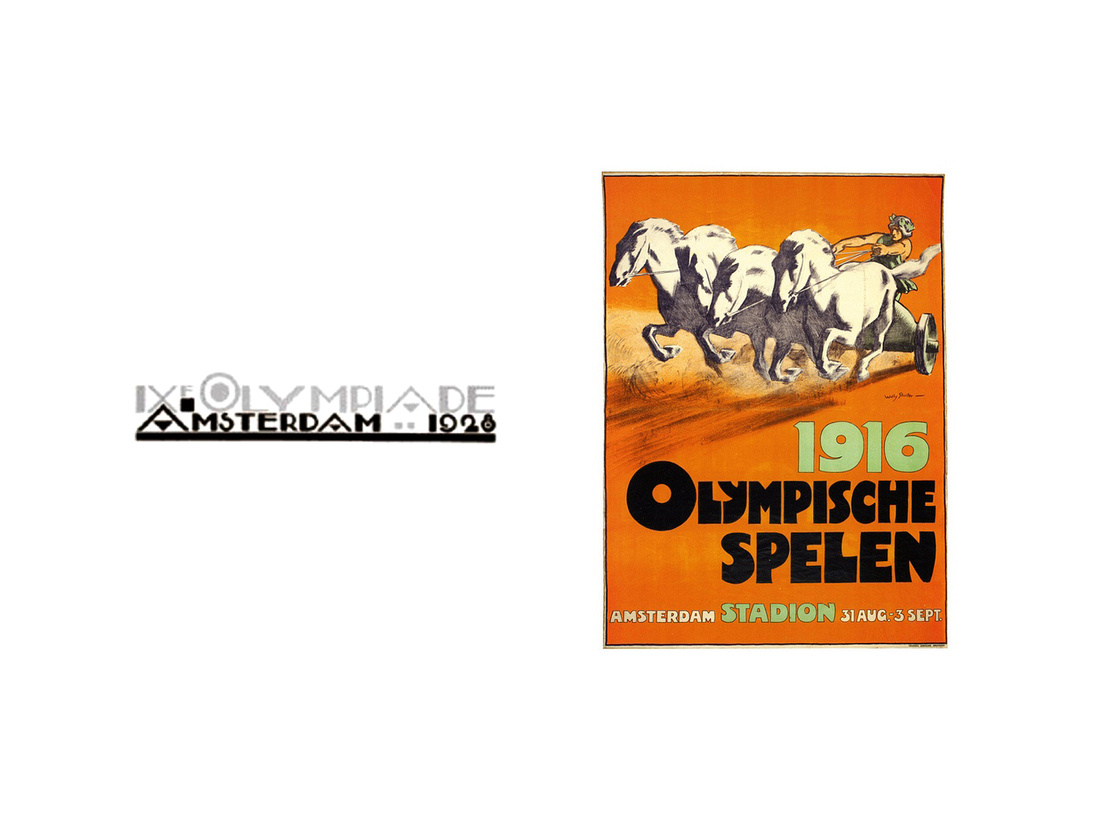 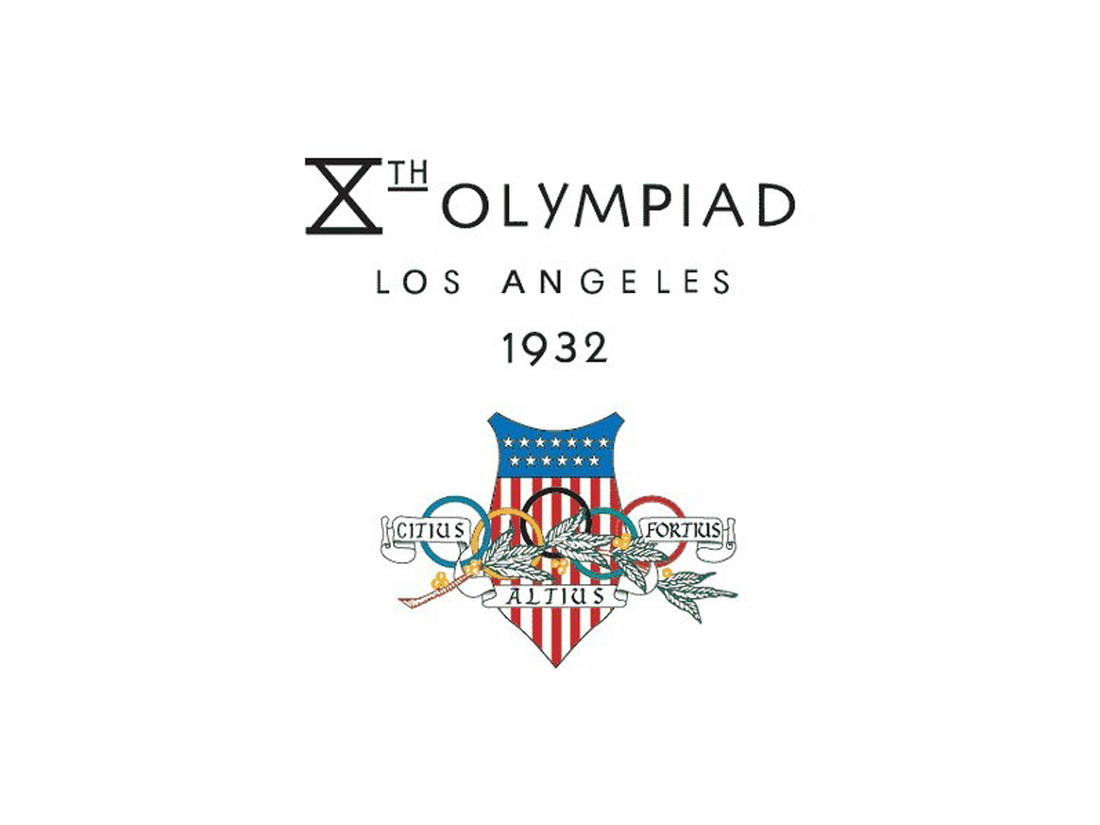 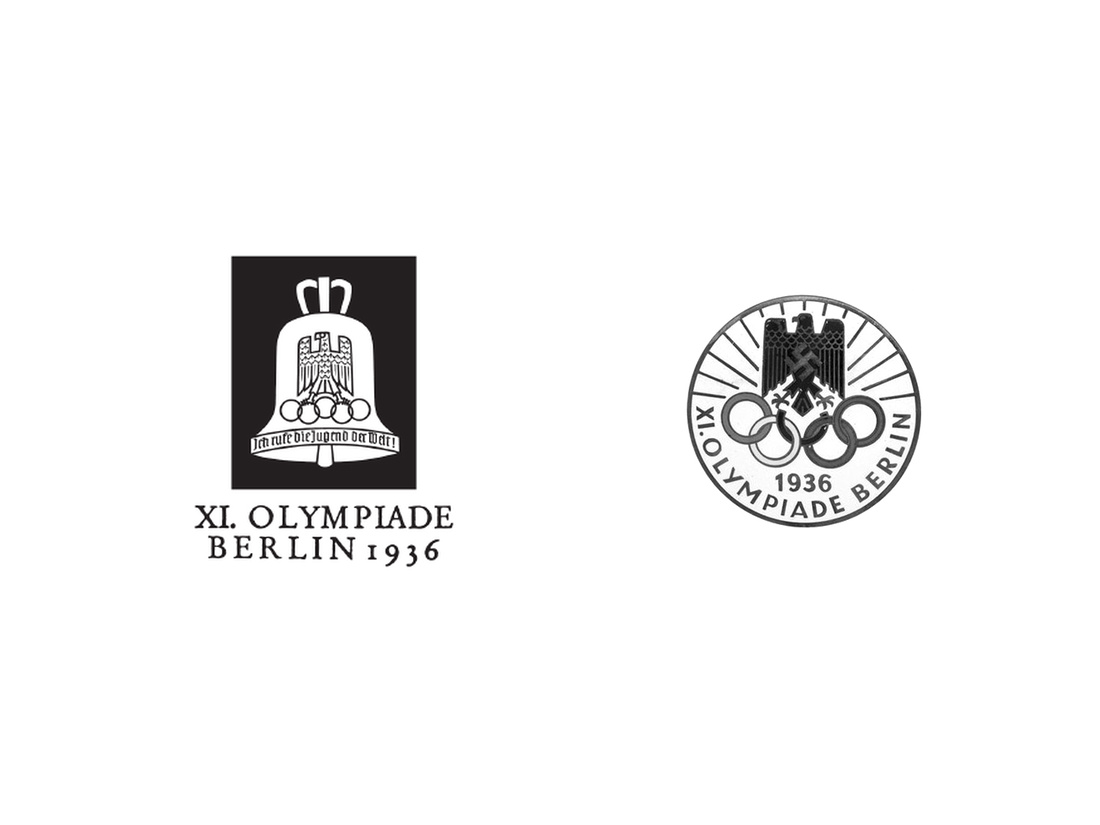 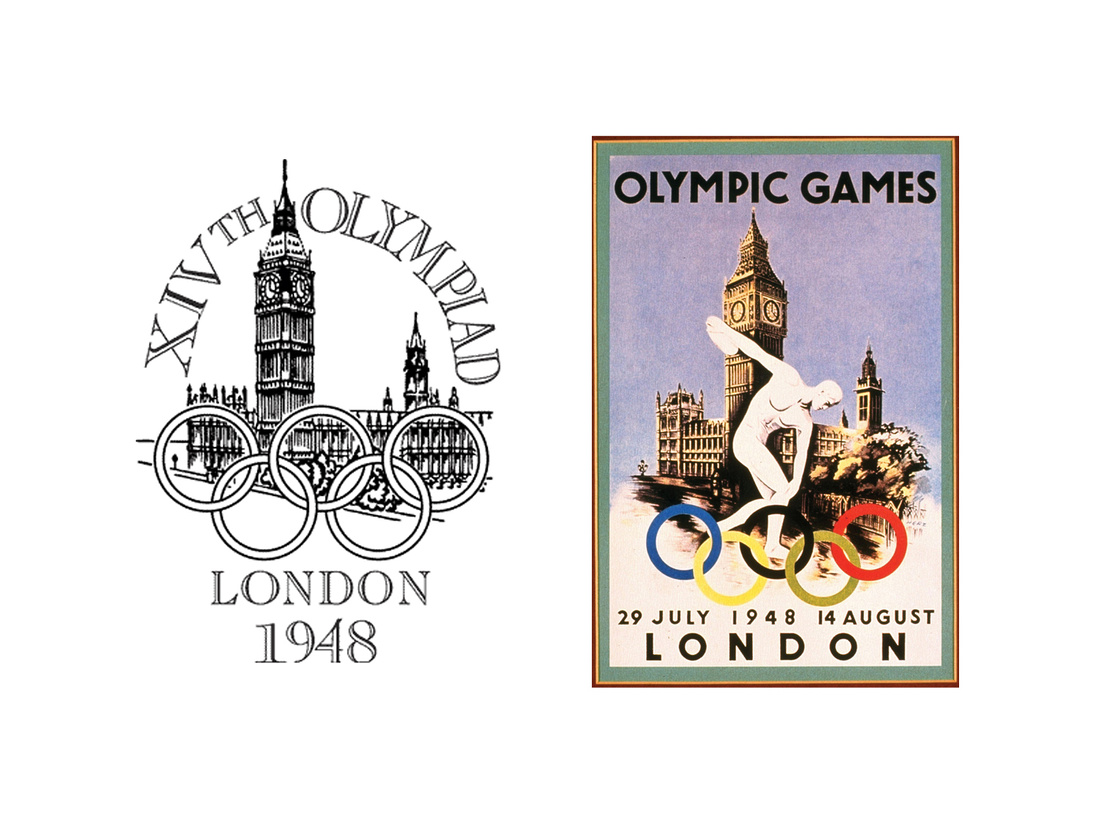 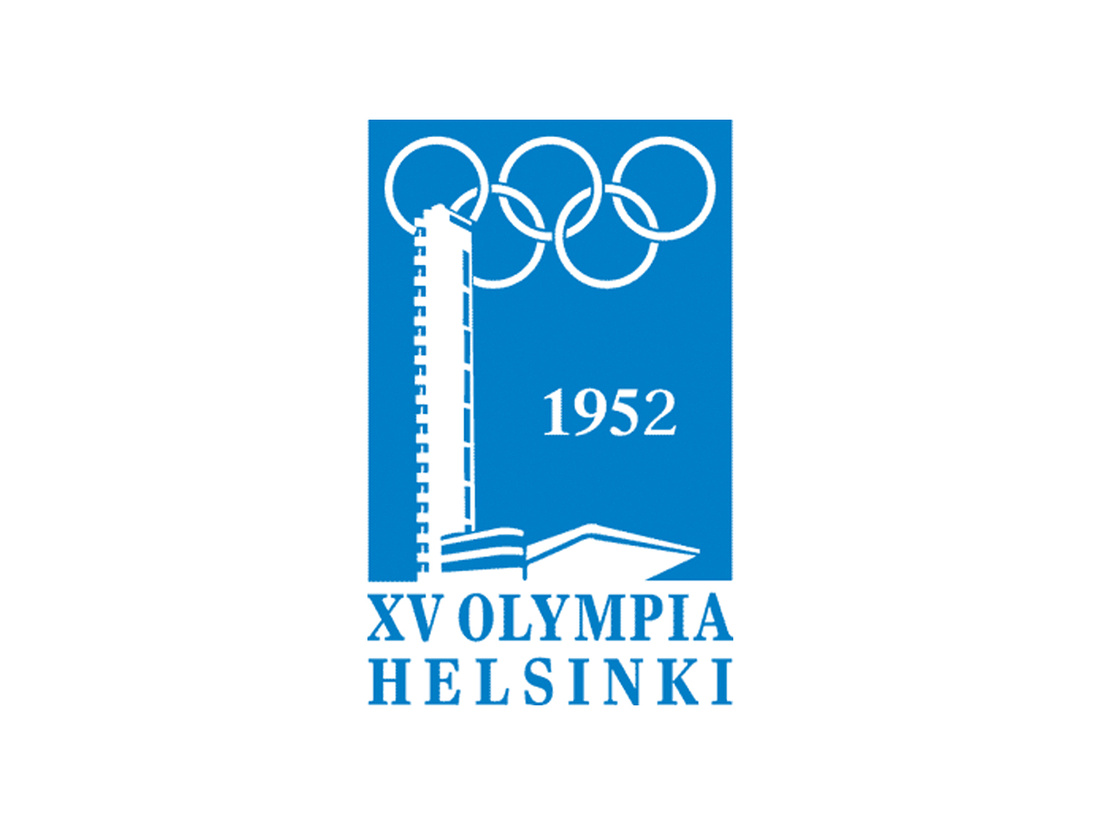 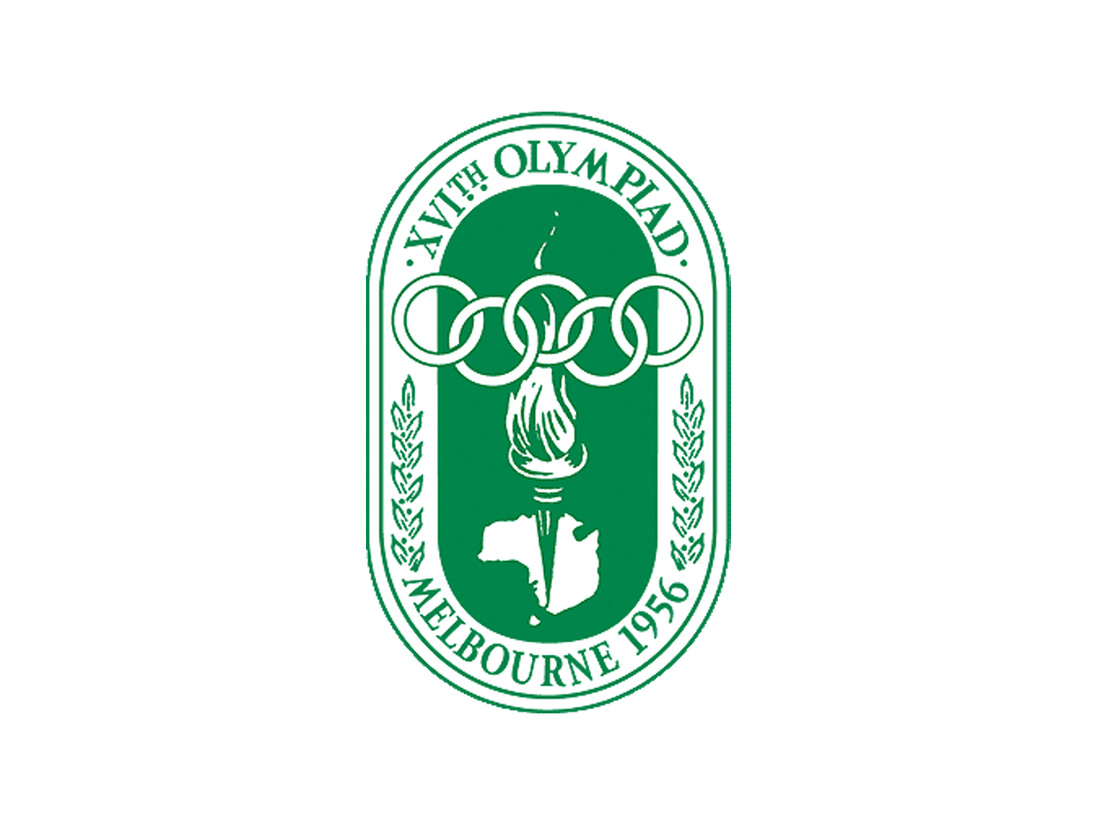 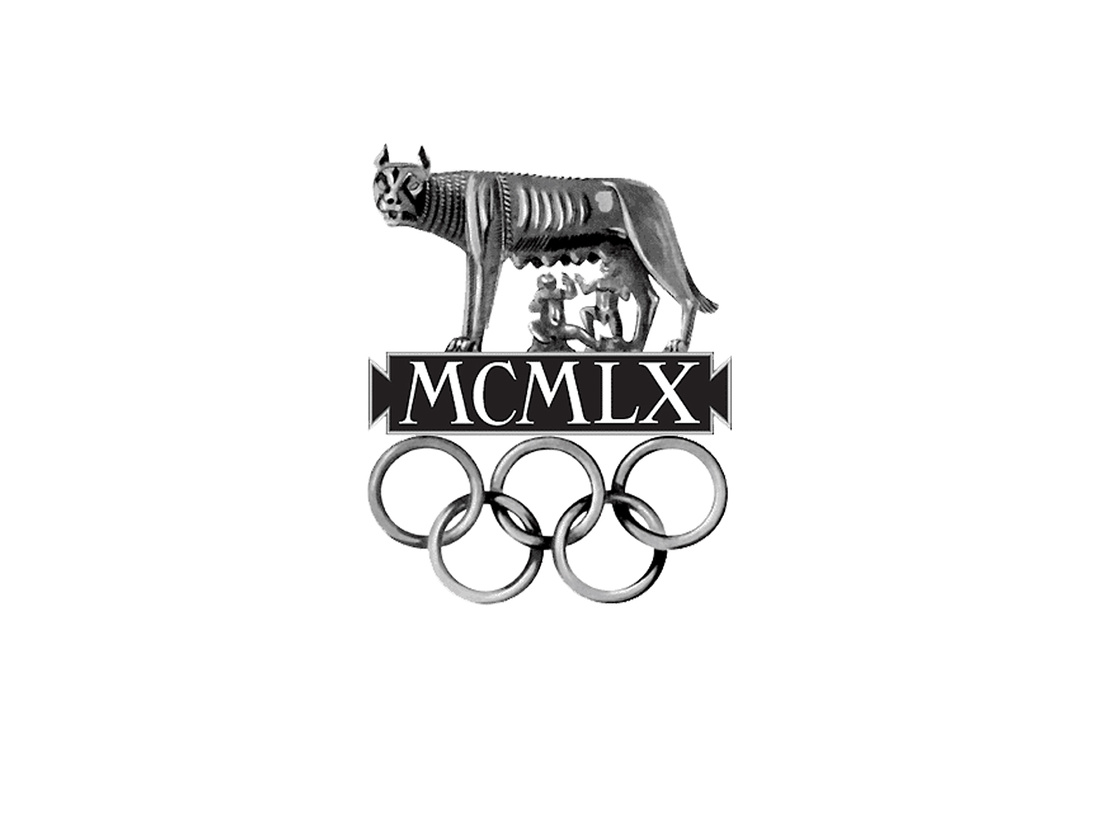 Tokyo's beautifully iconic logo for the 1964 Games (the first hosted outside the west) was the creation of art director Masaru Katsumi and graphic designer Yusaku Kamekura. The almost obvious use of the red 'rising sun' of the Japanese flag combined with the Olympic rings and the words 'Tokyo 1964' in Helvetica type are so simple and redacted that they remain influential. 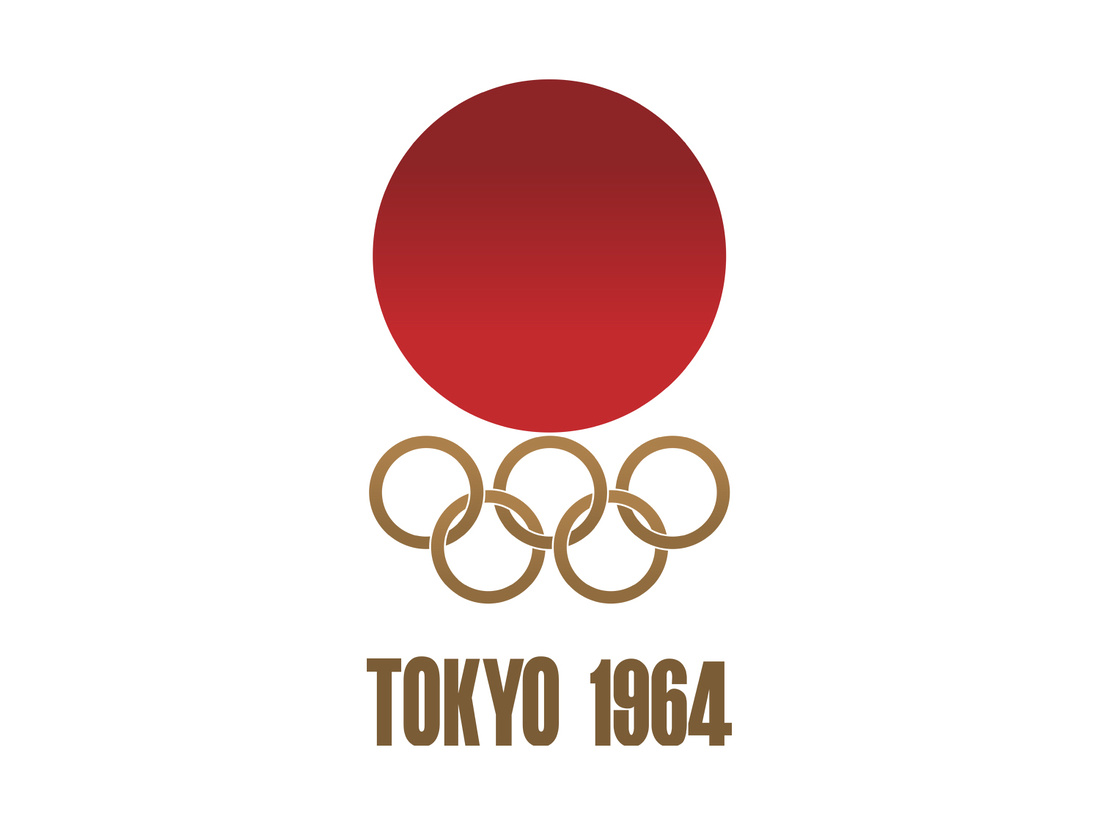 The 1968 Games in Mexico was more complex in design. Designed by a team led by Lance Wyman the logo seems to incorporate its own funky running track and overlays the Olympic rings on "68". Some may criticise it for its partial illegibility but I love its memorability. (I also like it enough to have worn a T-shirt featuring the design although the fact it's my birth year may have contributed to that emotional connection.) 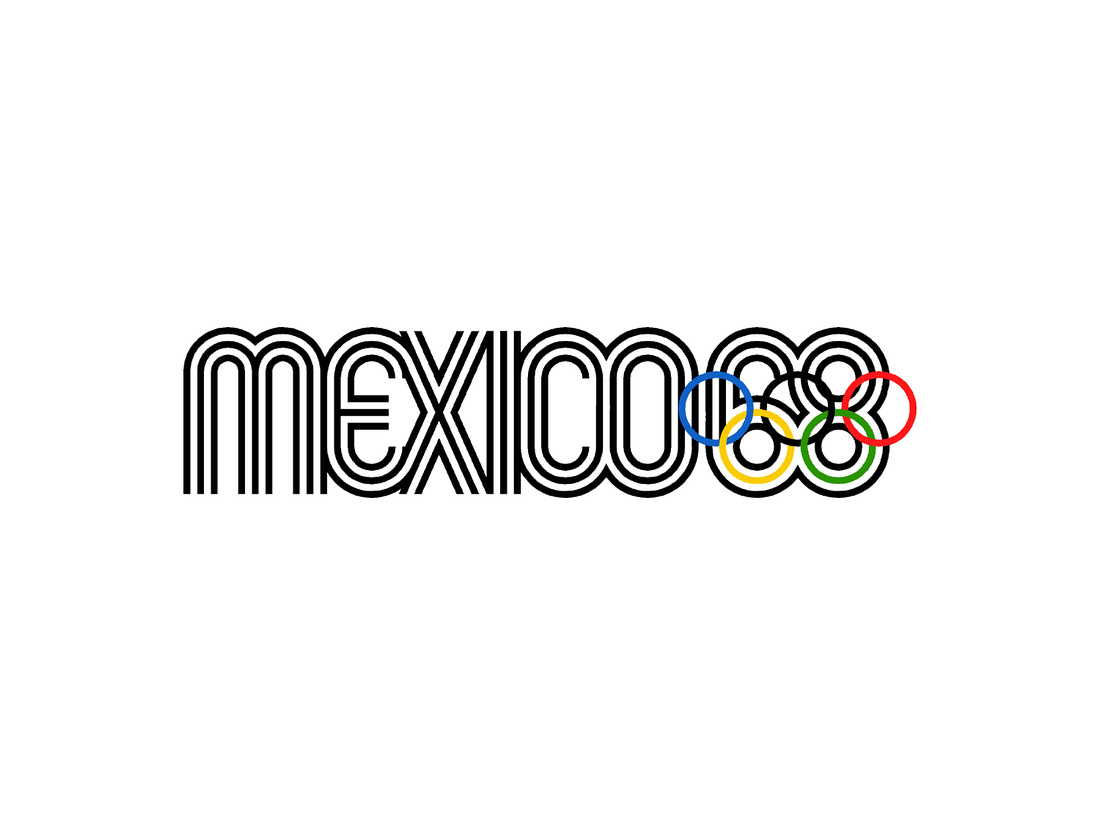 Otl Aicher should be a name all design students learn to know. He became famous for designing the logo and corporate identity for the 1972 Munich Olympics along with some of the most wonderfully executed and simple sporting pictograms. The Munich logo drops the Olympic rings and becomes a rather abstract device which owes much to the op-art of the 1960s. 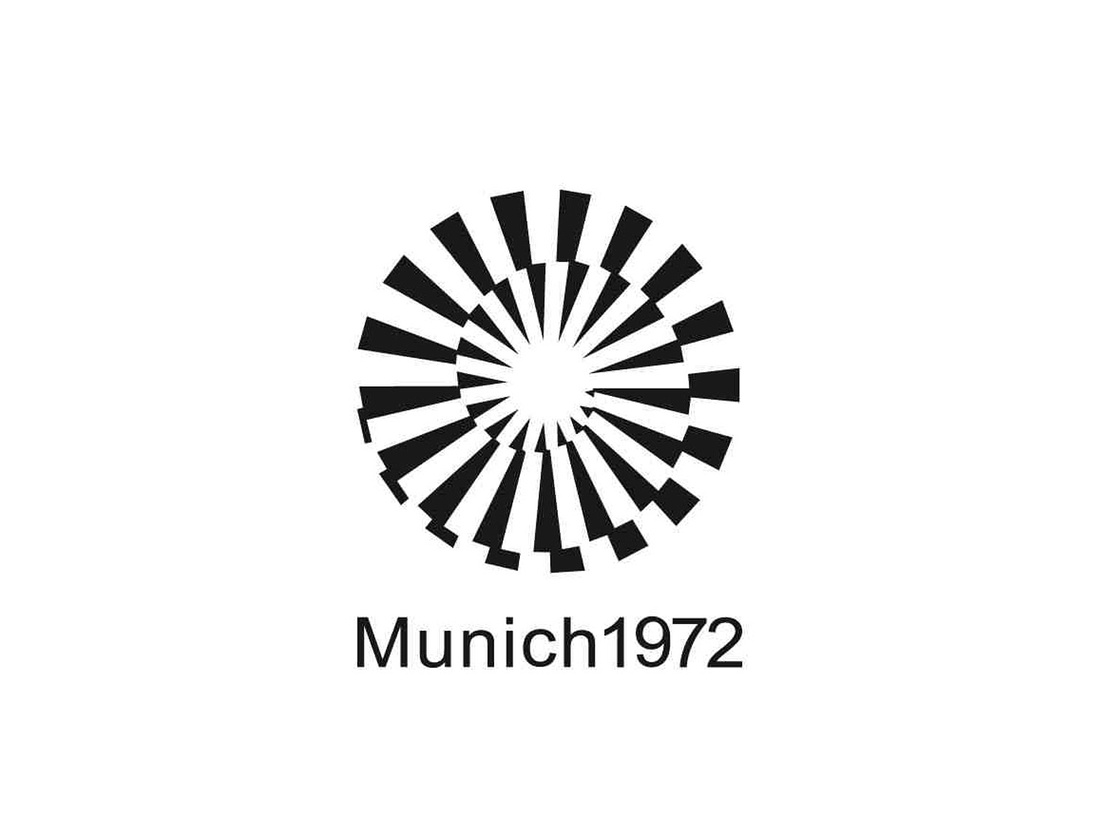 Mexico, Munich... Montreal 1976. Marvellous. This grid-based design by Georges Huel crams in an M, a running track, a podium, the Olympic rings and possibly even reflects the Canadian maple leaf as the blog at Aisle One explains in slightly more detail >>> 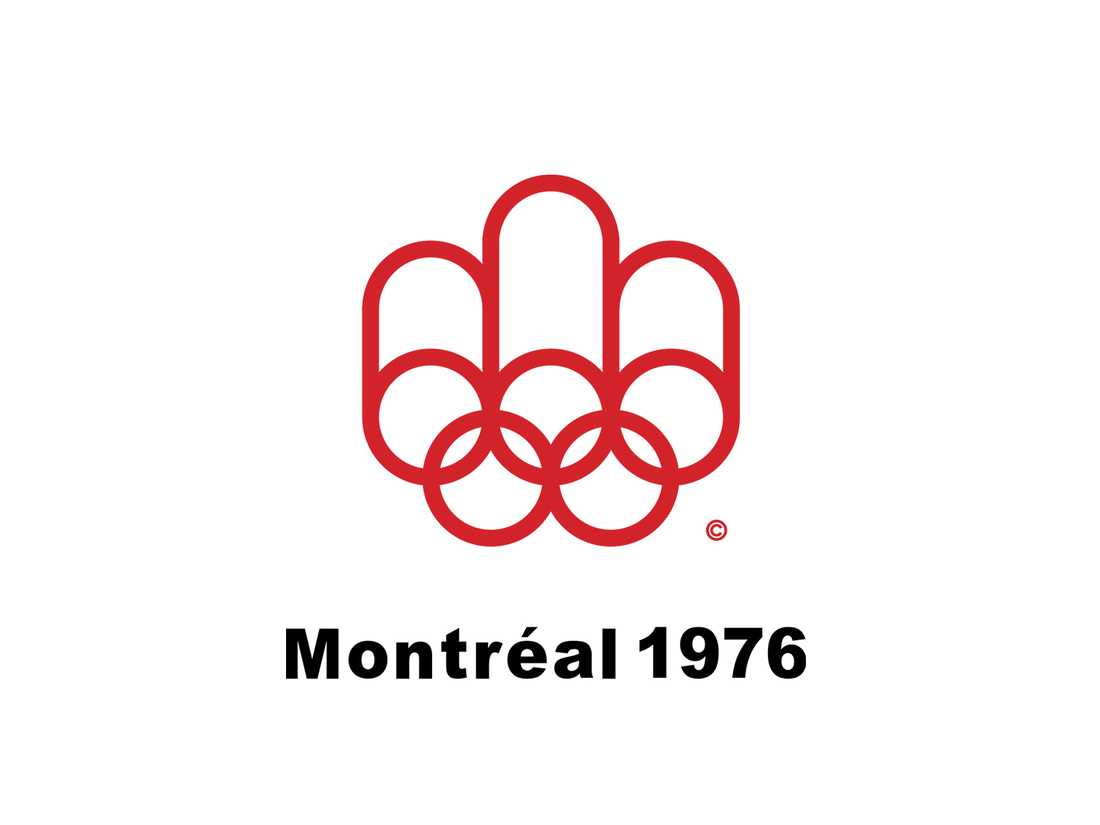 Another M! Moscow 1980. I have so far been unable to find much online about the designer of the Moscow Olympics logo. The attributing of the work to Vladimir Arsentyev leads, confusingly, to someone who seems to have graduated too young to have created it. I do love it though as it is typical of much Soviet propaganda in its bombastic directness and ambition. Certainly faster, higher and stronger than some other designs... 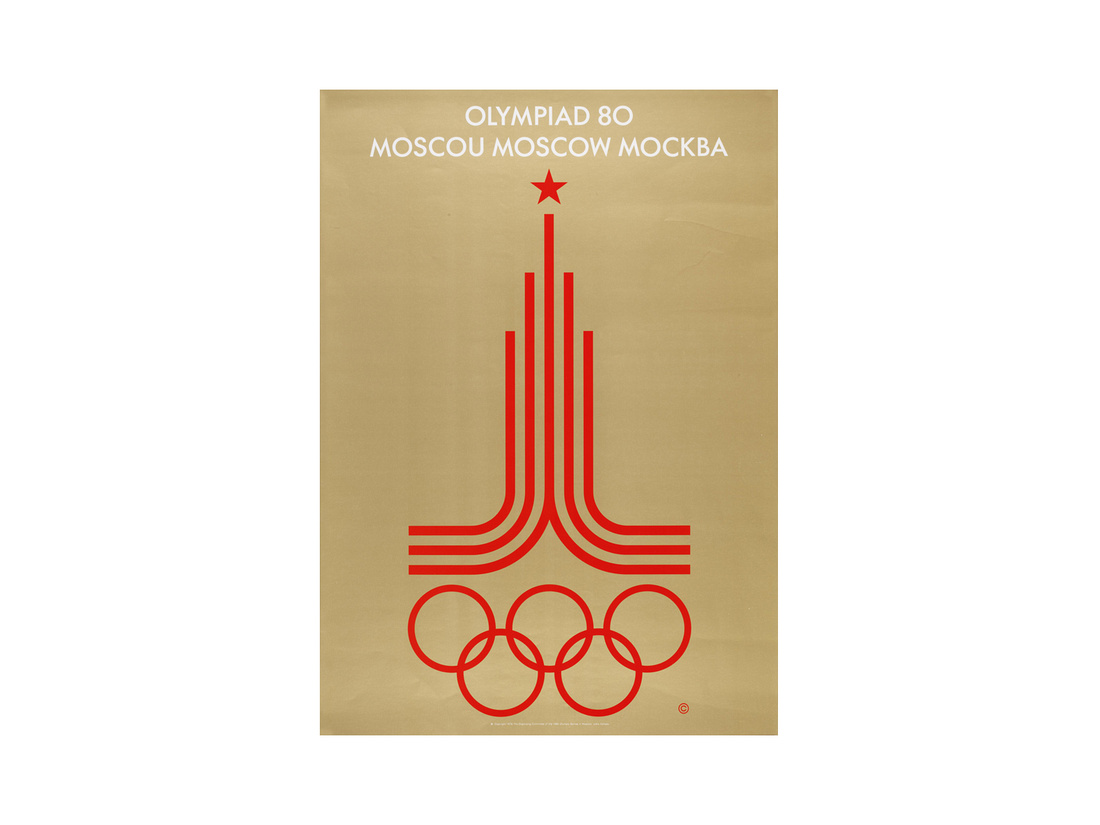 1984's Los Angeles Olympic logo by Robert Miles Runyan took the idea of stars in motion literally and and where Moscow's logo was higher Los Angeles' logo was faster still. Speed lines became overused in product logos throughout the eighties but this still stands the test of time as a retro classic in my eyes. 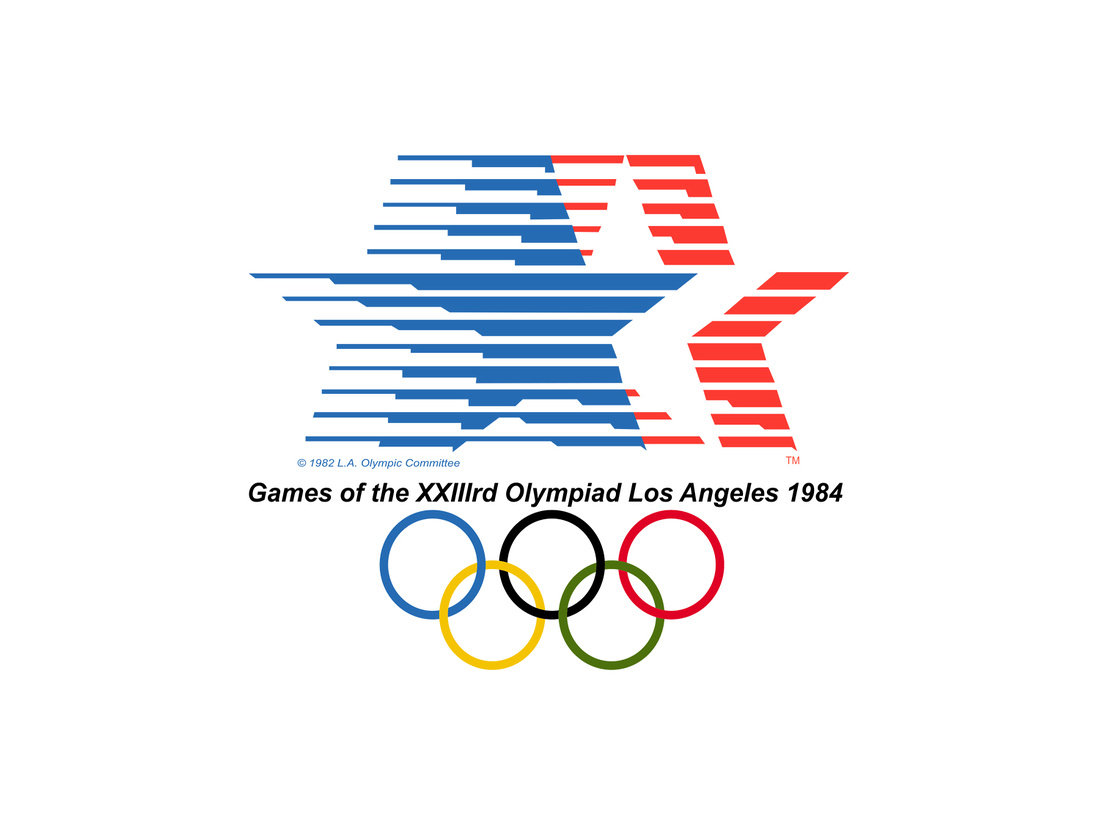 The Seoul logo for the 1988 Games has at its heart a Korean samtaeguk pattern which then seems to spin to resemble a running track (again). I am currently still searching for the designer of this logo for an appropriate credit. 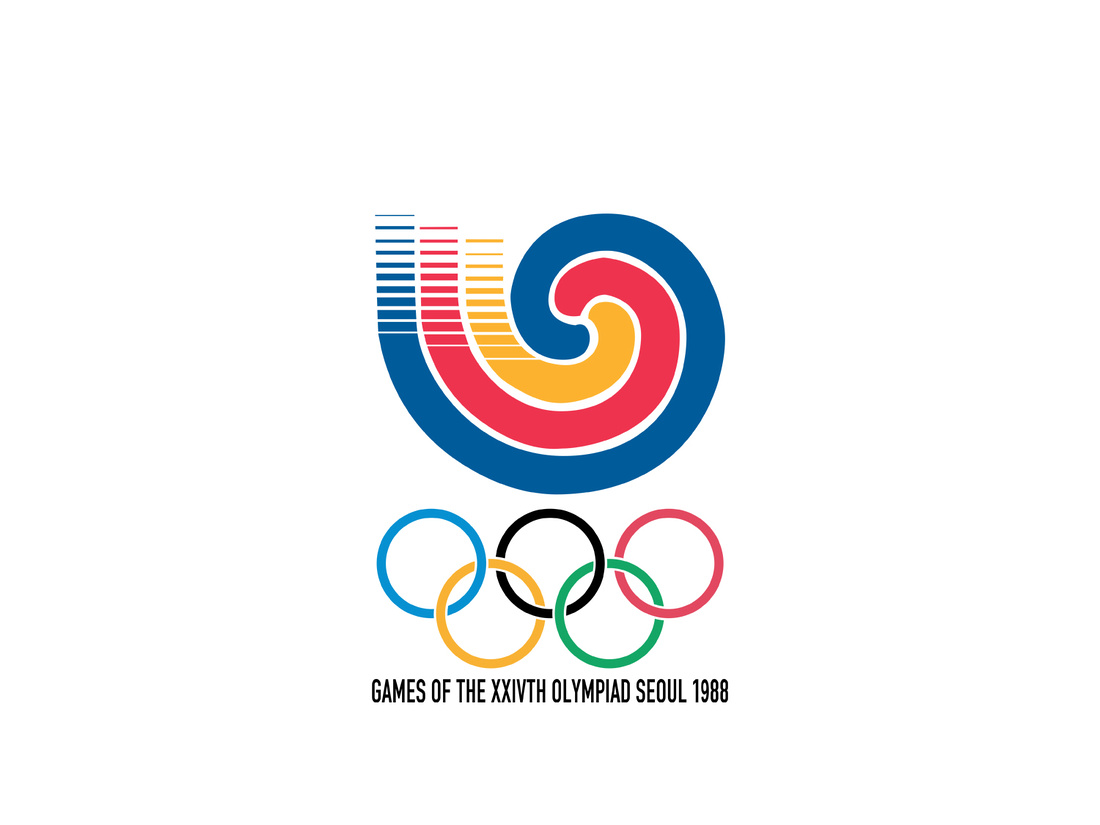 Not sure about this one. I can see the hint to Miro's torn paper images in the logo for the Barcelona Games of 1992 but its combination with Times as the font choice looks somewhat lazy and incongruous. Typography as an afterthought rather than an integral part of the logo? Credit: Josep M. Trias. 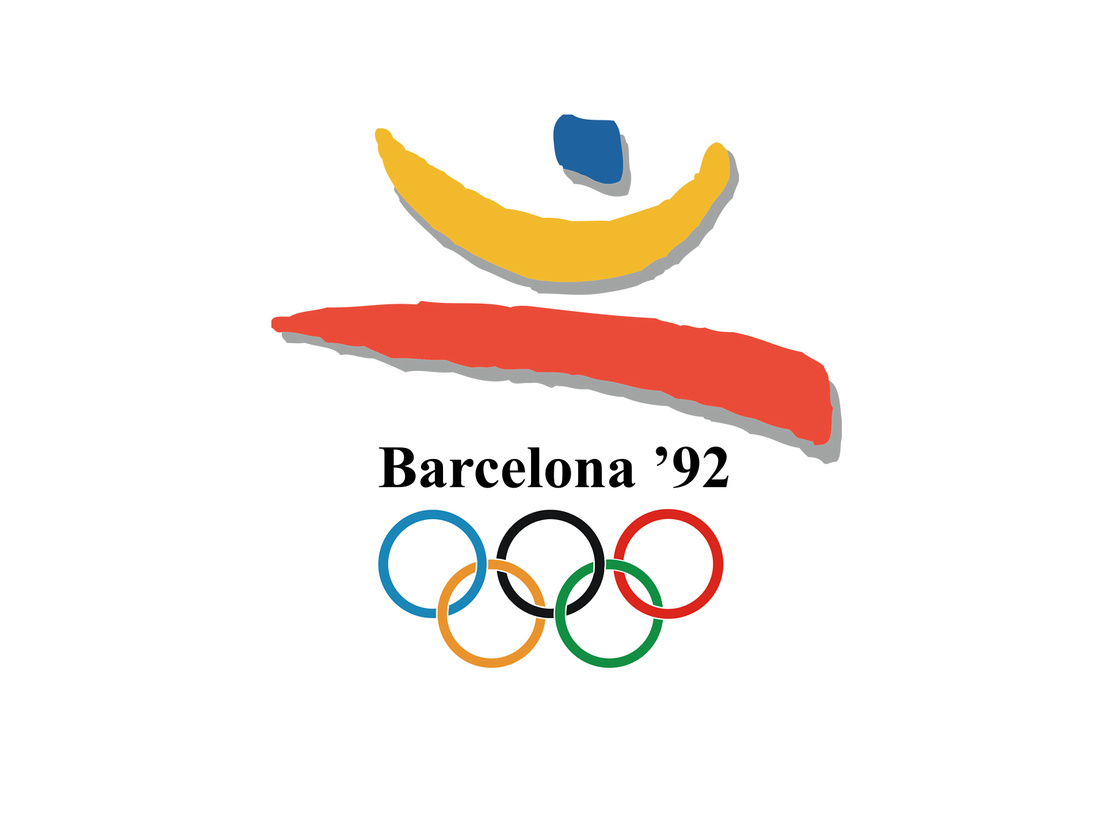 Landor Associates designed the Atlanta Games logo for 1996 and it's very much of its time while cleverly incorporating some nice touches and references. Here's their description: "The 1996 Summer Games were special even by Olympic standards: They commemorated the 100th anniversary of the modern Olympics. For this occasion, Landor created the Atlanta Centennial Torch, illustrated as a classical Greek column built from five Olympic rings and the numeral 100. The flame rising from the torch gradually transforms into a star, symbolizing athletic aspiration and achievement." 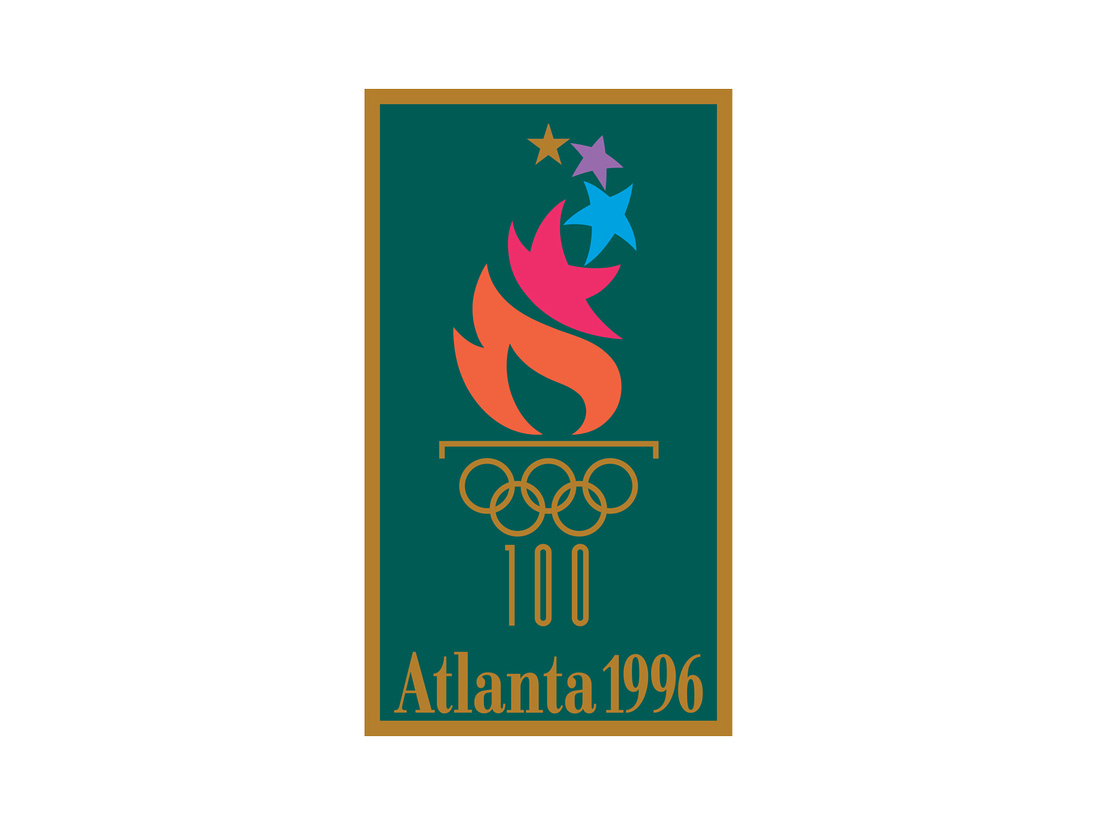 Sydney's Games logo for 2000 was a lesson in design for the Barcelona Games logo designers. Whilst still not to my taste, at least they took the design further to include more cohesive typography and incorporated some typical Aussie humour with a man made of boomerangs and an Olympic torch flame in the shape of Sydney Opera House. Architect Michael Bryce designed the logo itself and an interesting design case study on the branding of the games can be found here >>> 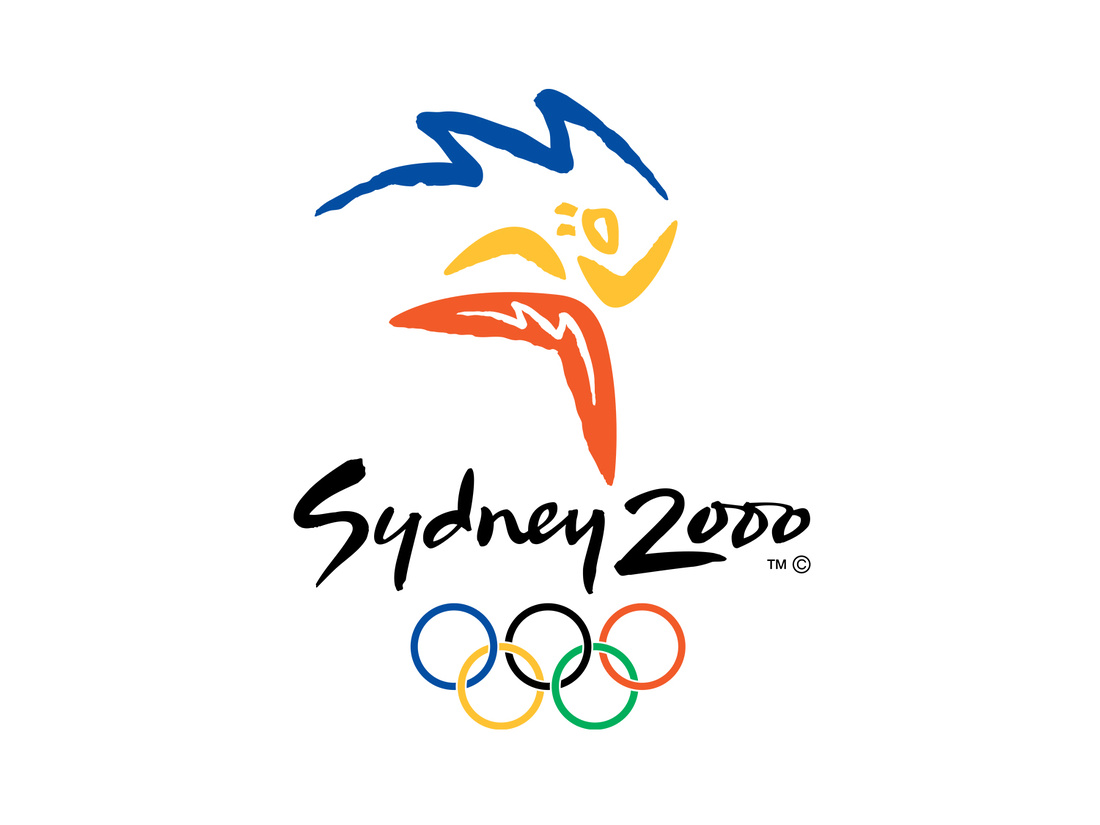 You can't get much bigger than Wolff Olins as your choice of design firm for your Olympic logo and this is what they came up with for the Athens 2004 Games. Vibrant and simple with a laurel wreath and stereotypical Greek palette it could be suggested they could have tried harder but simplicity is king right? 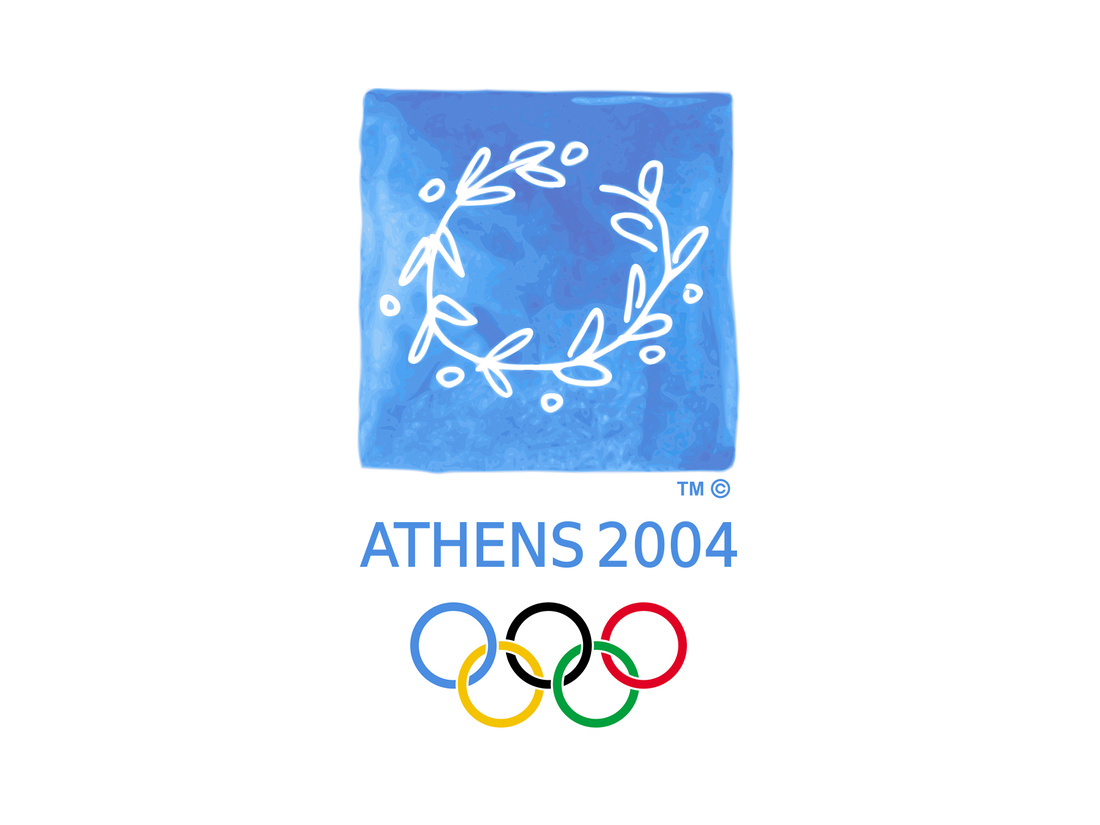 Beijing's 2008 logo, designed by Guo Chunning, follows a similar approach to the logos for Sydney and Barcelona. A folk figure, this time represented by a red seal and calligraphic typography combine effectively to form what was known as Dancing Beijing. 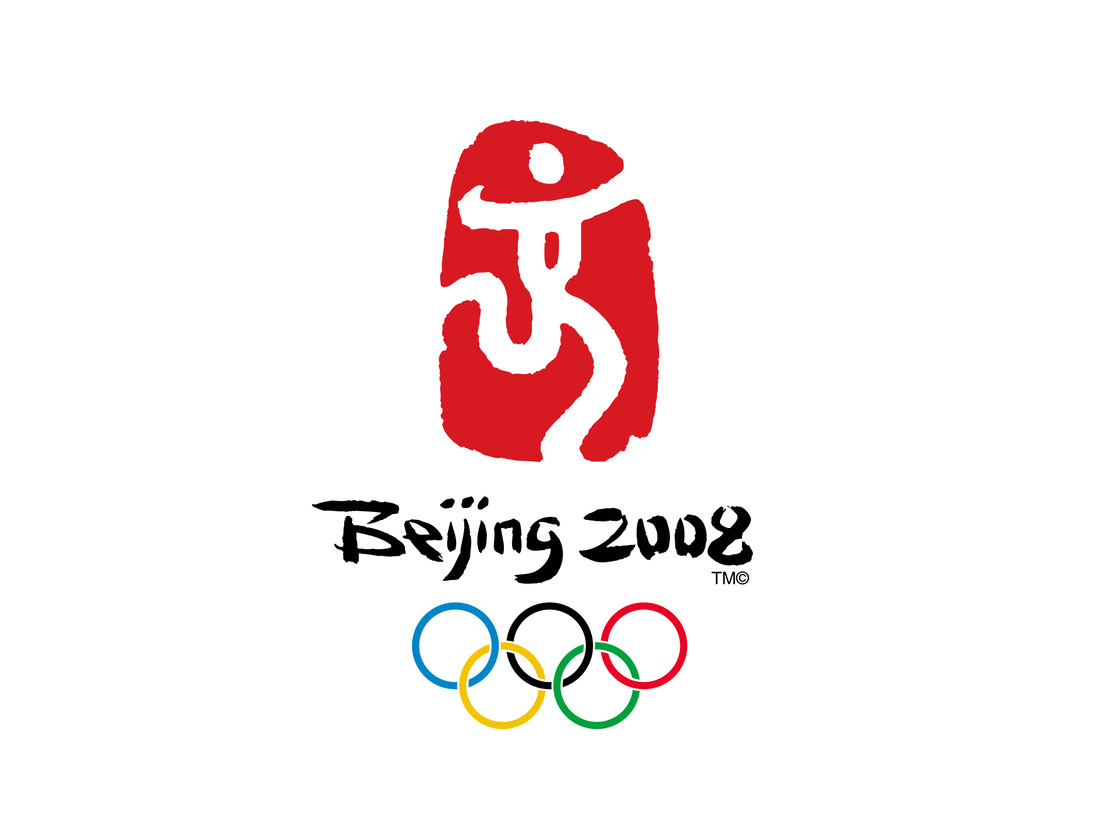 Controversy surrounded the Wolff Olins design for London 2012. Apart from the aggressive angular pseudo-graffiti styling this logo stood out for me as one which broke many established design rules - not least of which by allowing sponsors to change its colour to suit their own brand guidelines. Almost an anti-design identity and therefore appropriately punk and anti-authoritarian for London. Like it or loathe it - it caught people's attention.

Designed by the Brazilian agency Tatil, Rio 2016's logo was both brilliantly sophisticated and childlike in my mind. Celebrating togetherness with three figures holding hands, it also cleverly made a silhouette of Sugar Loaf Mountain. Having said all that, once you tell people that both the Olympic and Parlaympic logos both remind you of a baby's dummy; it's hard to un-see that comparison... 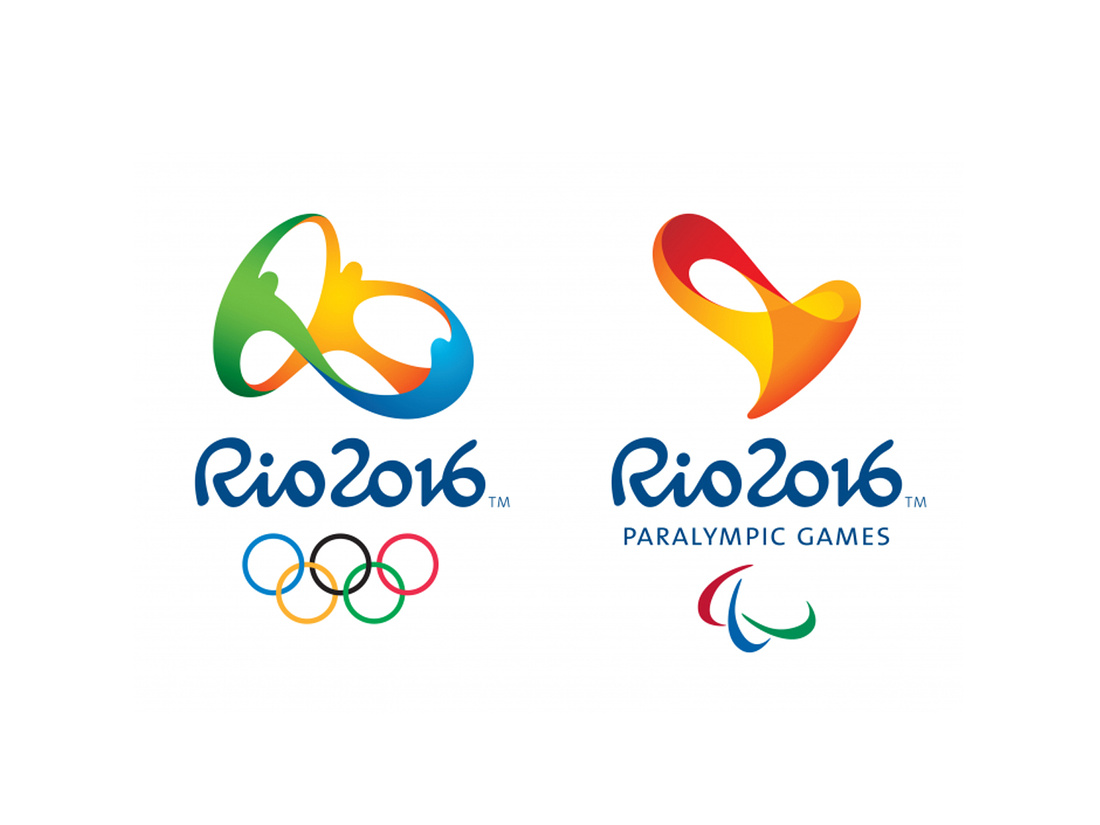 Tokyo 2020... pictured here next to their Paralympic logo. Whilst the main logo looks symmetrical at first glance, it isn't but employs rotational symmetry in its chequered blue pattern. I am a real fan of Asao Tokolo's geometry and single colour usage for this logo and can't wait to see its implemenation at the games. One day maybe I will visit Japan for more design inspiration but in the meantime, one can but dream... 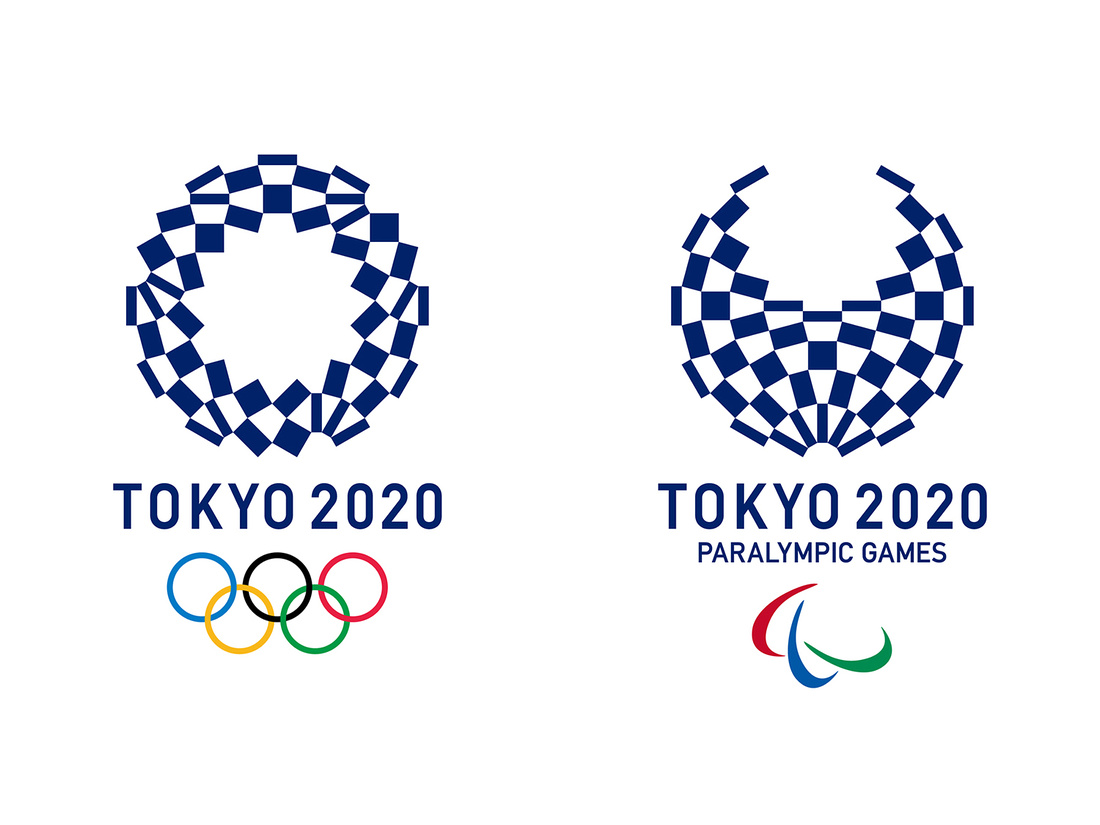 The logos for Paris 2024 have, almost inevitably, attracted mixed reactions from designers. It has been compared unfavourably to the Tinder app logo and described by some as similar to a twee hairdressing logo. The modern trend to criticise and satirise anything new and not consider things in context, whether logos or political quotes is an easy bandwagon to jump on; maybe this typically playful, French design depicting a rather Art Deco vision of Marianne combined with a flaming medal will grow on us? Design by Royalties Ecobranding. 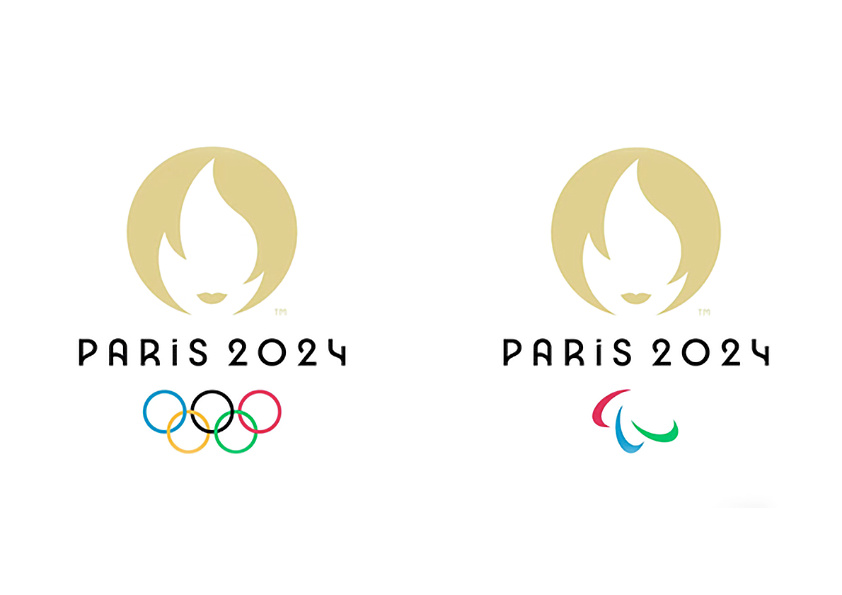 Brennon Treutel(non-registered)
delighted
Andrew Thompson(non-registered)
Hi Chris - I really enjoyed this blog and, like the Apollo Spaceflight Mission badges, love the idea of the image as emblematic of the aspiration on Olympic logos. If we discount the pre-war ones because many weren't logos in the modern sense, I think they're great and I have enjoyed reading your insights on them. Like you, I was shocked when the London logo was revealed - it differed so greatly from the visual device where the Thames was the medal ribbon they had used prior to original bid - it was one of those things that I accepted as being targeted at a younger audience. This chimed with the 'inspire a generation' strapline and the use of young athletes to ignite Thomas Heatherwick's magnificent Olympic cauldron. Like you, I love the Tokyo 64 logo (my birth year) but can't find fault in most since, although the LA '84 has dated like much from the period. The Athens 2004 is beautifully apt.
No comments posted.
Loading...
Subscribe
RSS
Recent Posts
Olympic standard design? Photo A Day 2018 - a learning experience The End of the Pier Show Drones and Journalism: how the media are using unmanned aerial vehicles Bringing photography to life with poetry From Urbex to Stonehenge
Keywords
Photography Art Art history Bath Bath Spa Conflict photography Copywriting Journalism branding corporate identity
Archive
January February March April May June July August September October November December
© Waddell Digital
Powered by ZENFOLIO User Agreement
Cancel
Continue